Cryptocurrencies: The Next Dot-com Bubble?

Cryptocurrencies are quickly becoming one of the most talked about phenomenons of all time. Opinions vary widely, and it’s hard for even the most technical minded person to fully grasp how they work, let alone why they have value, but there’s no doubt that the concept is captivating, being described as a “brain virus” by some in Silicon Valley. And honestly, a large part of the reason it’s captivated so many is the ridiculous run-up in cryptocurrency prices, not just Bitcoin but also relative newcomers such as Ethereum, Dash, IOTA, and others. It’s a bull market unlike any other, with many cryptocurrencies gaining over 1000% in 2017 and others with even more eye-popping gains. 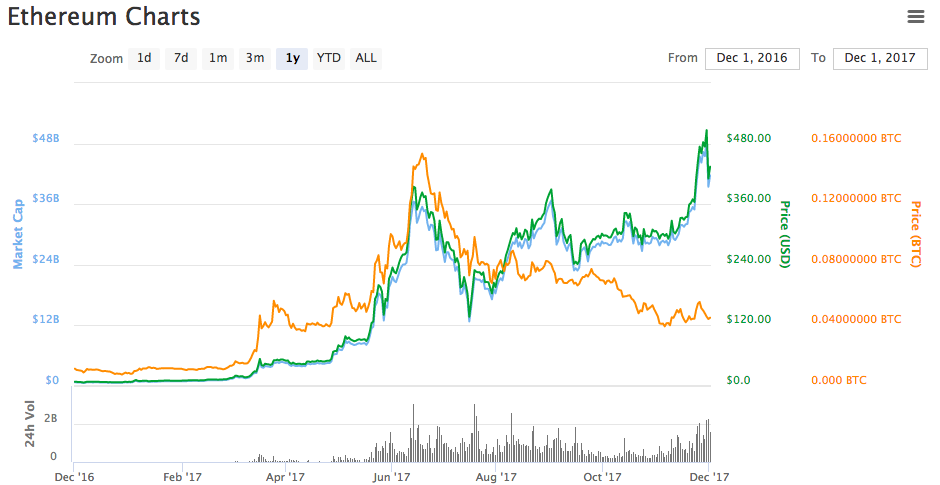 Ethereum has taken it’s investors on a wild ride over the past year, going from about $8 on New Years Day 2017 up to resistance at $400 two times and then topping out at $515 going into December.

I should disclose up front that I am invested in cryptocurrencies. I have stakes in Bitcoin, Ethereum, and others. So while I admit bias, I did want to take a look at the unprecedented and possibly warranted valuations in the cryptocurrency markets.

Cryptocurrencies have captivated me for years now. Unfortunately I didn’t invest significantly back then and hold, which taught me a painful lesson about long term investing and patience. I first came across Bitcoin back in 2013, during a wild run-up from $15/BTC to $250/BTC, before crashing and losing about 50% of its value. It was less than a year later that I anxiously wrote an article on the Mt. Gox collapse as it happened (luckily I was using Coinbase at the time). After the Mt. Gox collapse, I was thoroughly spooked by this financial Wild West of sorts, especially after the market collapse and extended bear cycle, conceding that the idea was promising, but that Bitcoin itself was out of control volatile and a terrible investment. Boy was I wrong.

Much has changed since the choppy days of Mt. Gox in 2014. Bitcoin has shaken off the stigma of Silk Road and other illicit use-cases, and instead become a darling of institutional investors. Ripple came along targeted at enterprise users and banks. Ethereum added smart contracts and introduced the incredibly disruptive “Initial Coin Offering”, a decentralized way to quickly raise money for a venture. Countless other coins introduced variations or improvements to core cryptocurrency features, creating a lively and competitive market filled with a variety of innovations.

The media has also helped inject life and new investors into the cryptocurrency scene, with near-daily coverage on CNBC and countless articles, including long write-ups by the New York Times first introducing Ethereum back in June, and then more recently reporting on BTC shattering the $10k milestone and generally discussing cryptocurrency mania. Wall Street and mainstream investors, undoubtedly suffering from FOMO, are finally giving in to the craze, many firms at the urging of their clients. Bitcoin futures will soon hit the market, and huge hedge fund managers are saying Bitcoin has gone “mainstream” as an investment.

But Is It a Bubble?

Many people are asking this question, but it appears that for many more people the euphoria has set in and nothing can spook them out of the market. I’ve heard parallels drawn between the current crypto-mania and the Dot-com Bubble of the late 1990s, which I find interesting.

The parallels between the two asset bubbles(?) are hard to miss. A huge amount of retail investors getting in on the action, regular folks making insane profits on day trading and short-term investments, and quick gains of over 1000% became commonplace in both. source

Both the Dot-com Boom and the current Cryptocurrency Boom involve emerging technologies that are actually life-changing and economically significant, but at the same time have markets that exhibit soaring valuations, companies raising money with flimsy business plans, and sometimes even outright fraud. In my opinion, the technologies are amazing innovations and will leave lasting change, but in the frothy times along the way, many people will lose money. Whether it’s from the extreme volatility and crashes, the shady and unregulated exchanges holding many people’s crypto-fortunes, the many questionable ICOs often pumped by celebrities, and the many more strange cryptocoins, many people WILL lose significant amounts of money during this boom. Retail investor protections like the “pattern day trader rule” for stocks seem like quaint relics of a simpler time compared to the wild-west, no-rules, cowboy investing of cryptoland.

Making a Case for Lofty Valuations

Despite the busts, forks, market crashes, exchange crashes, regulatory crackdowns, thefts, hacks, critical bugs, and general volatility along the way, I think there is a valid case to be made in support of these valuations. Much debate and FUD occurs during a lengthy price discovery process such as the one cryptos are currently going through. But I think that despite bubble warnings from famous investors, less famous investors, and famous economists, there’s a valid argument to be made that these high valuations and an overall ~$300 billion cryptocurrencies market cap are warranted. Why?

These are obviously just my viewpoints, but many agree, and the market seems to agree with my bullish take. No matter whether you’re bullish, bearish, or just bewildered by crypto-mania, it should be a very entertaining 2018 for anyone following this space. And I can say that this time around, I’ve learned my lesson, and I’m sitting on my investment… no matter how crazy it gets. 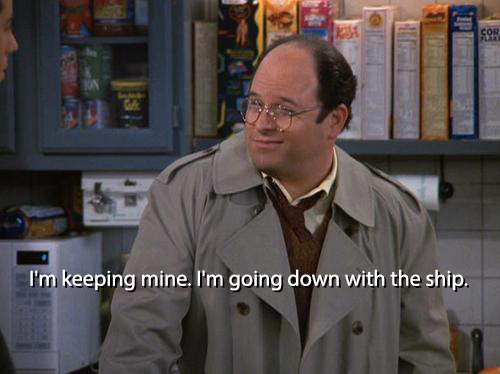